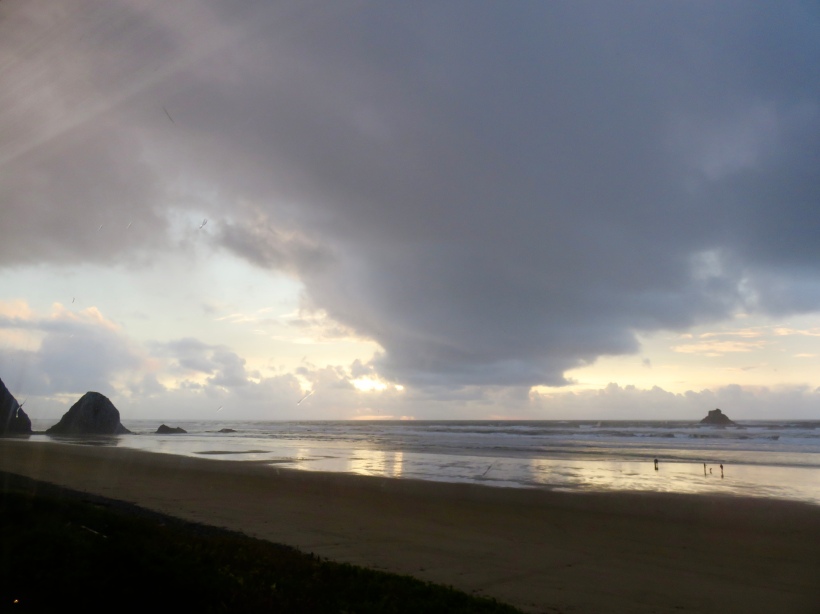 Over the years three boys in my Junior English classes argued in their research papers that nuclear power was the cheap, non-polluting, and safe alternative to fossil fuels. They were blissfully unaware that radiation is deadly. They did not want to hear about it. When one boy asked an engineer via email whether there were any health dangers associated with nuclear power, he was oblivious to the sarcasm dripping from the nuclear expert’s response: None. I pointed out that a nuclear engineer was certainly an expert but not on health. No matter. He found an industry website that gave him the quote he needed to prove his thesis.

Nuclear fuel is only cheap if you do not count the waste left behind. It is absolutely polluting in itself as well in the vast amount of water heated while cooling the reactors, and safe? Seriously? Why did I have to keep bringing this up. Radiation is dangerous. At least acknowledge that and work from there. But these young writers were determined to ignore any information that countered their thesis.

Yes, it is. They are fair. You do and you should. No, you’re not. Yes, you do. It’s the same for everyone else.

It is inconvenient to face facts.

There is no magic in pretending. What we believe is not the same as what we know. Faith in what we want does not have the permanence of truth in the real world.

Year after year, the majority of my students chose to write their persuasive essays about something they already believed and many of them left cavernous gaps in their argument because they could not be objective in their research. And year after year a few students chose to write about something they did not already believe and generally wrote better papers as a result. Once in a great while students changed their minds, and that was most impressive of all.

Yesterday I addressed holiday cards. They say “Happy New Year!” so there really is no hurry sending them out. It’s just one of those things on our list like ordering candles (done) and finding a tree (also done) and wrapping gifts (whoops). My approach to the holidays is to spread the labor throughout the year so that I can better enjoy the season. This must be a habit left over from having two toddlers and six dogs (with weekly grooming I did myself), and later a job that overwhelmed my time. I even held a holiday Open House for years when the kids were small. (Baking done each night after I got home from school for a month in advance.) Get it done early so that I am “not rushing about at the last minute,” as my mother used to warn me.

By the time the big Black Friday sales begin, my shopping is already done because I started a year ago. I am free to enjoy the season. Yes?

Does that really work for me anymore?

Is that the goal? I check my list and mark off the tasks and something always remains undone.

There is a tree in our living room and NaNo is done and I still have to seal and stamp cards and one bed is crowded with gifts waiting to be wrapped. I am still knitting. This year I have several projects I hope to complete sooner rather than later. I thought I might actually sew patchwork tree skirts for family members. That project has been on my list literally for years. It generally haunts me till New Years. I plan each year to start on them earlier . . . and then I don’t.

I have already decided that to cross out . It is good to let go of some obligations. It is best to face truth that everything cannot and need not be done. I am not sewing tree skirts.

This is my new blog. My Blogger site had over 250k reads. I closed it, but here I am again.